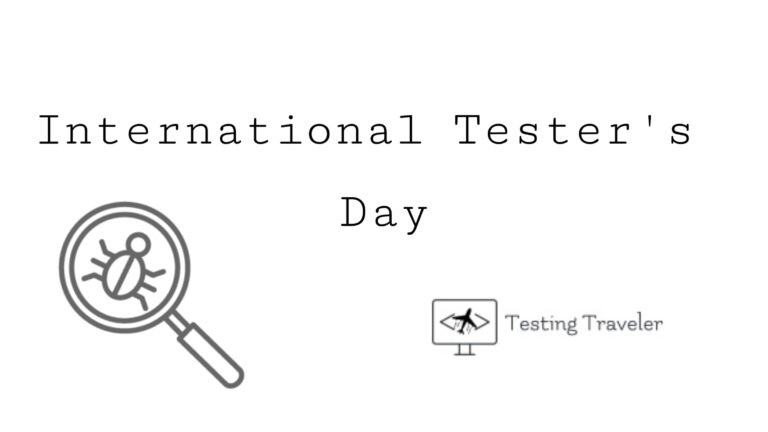 This post will be short but will also explain how it happened that we can currently celebrate International Tester’s Day.

On September 9, 1947, a team of computer scientists including Grace Hopper, an American computer scientist, and US Navy Rear admiral, has reported the world’s first computer bug—a moth trapped in their computer at Harvard University.

As we know, a bug is a flaw or glitch in a system. As early as the 1800s, Thomas Edison reported “bugs” in his designs. However, this bug, which admiral Hopper found was the first bug identified in a computer. Today, software bugs can impact the functioning, safety, and security of the system.

It was literally a bug. The team based at Harvard University found that their computer, the Mark II, was delivering consistent errors. When they opened the computer’s hardware, they found … a moth. The trapped insect had disrupted the electronics of the computer and hence, caused the computer wasn’t able to make contact.

Hopper detailed the incident in the work log, pasting the moth with tape as evidence and referring to the moth as the “bug” causing the error, and to the action of eliminating the error as “debugging”. The team based at Harvard University found that their computer, the Mark II, was delivering consistent errors.

After the computer scientists found the first computer bug, the tests focused on the hardware as it wasn’t as developed as today and its reliability was essential for the proper functioning of the software. In 1949 Alan Turing wrote his first article about carrying out checks on a program and then in 1950, he wrote the article “Turing test” in which he explained how software must adapt to the requirements of a project and the behavior of a machine or a reference system (logic) must be indistinguishable.

In 1957, Charles Baker explains the need to develop tests to ensure that the software meets the pre-designed requirements (testing) as well as the program’s functionality (debugging). Test development became more important because more expensive and complex applications have been developed. In addition, the cost of solving these differences impacted on profitability of the project. People started focusing on increasing the number and quality of tests, hence they could link the product to the state of the testing phase. The purpose of these actions was to prove that software works as expected.

In 1979, Glenford J. Myers radically changes the procedure for detecting faults in the program. His concern was that in pursuing the goal of demonstrating that a program is flawless. One could subconsciously select test data that has a low probability of causing program failures. However, if the goal is to demonstrate that a program is flawed, our test data will have a greater probability of detecting them and we will be more successful in testing, thus in software quality.

In 1983 a methodology was proposed that integrates analysis, revision, and testing activities during the software life cycle. It’s done to obtain an evaluation of the product as development progresses.

In 1988, William Hetzel published “The Growth of Software Testing” where he redefined the concept of testing as the planning, design, construction, maintenance, and execution of tests and test environments. This stage has reflected in the appearance of the testing phase at the earliest stage in the development of a product, and the planning stage.

Each year, and also today, on September 9, we celebrate ‘Tester’s Day’ to mark this famous discovery. Software testing is extremely important to the technology industry and we as Testers should remember about the beginnings of software testing and celebrate it.

The post was so short but included intensive information. I hope you enjoyed the reading 😀